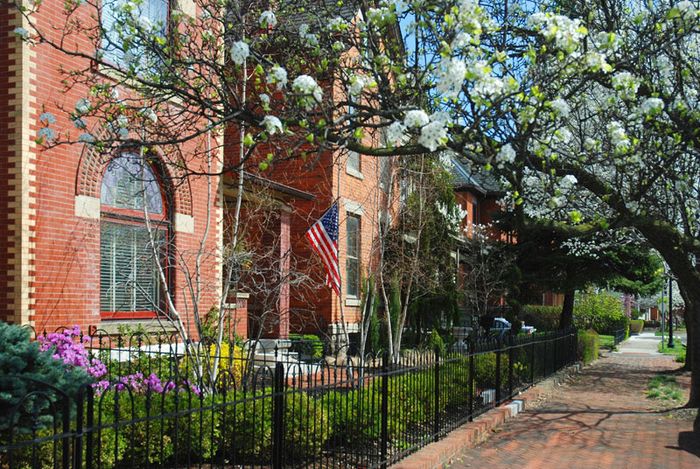 I don’t know about you, but I grew up on Sunday afternoon drives through the countryside that were usually followed by a nap or a visit with family out on a front porch or patio. We were never allowed to do anything rowdy on Sundays; we were taught that Sunday was ordained by God to be a day of rest. I am so very thankful that I learned that lesson early on, but I have found that I must continually remind myself to enjoy the day the Lord has made, to be quiet before Him, and to rest on His Sabbath.

This past Sunday I chose (yes, I said chose) to take an afternoon ramble through one of the picturesque neighborhoods in Columbus, Ohio. The weatherman was already calling for a drop-in temperature, and so a warm day out of doors seemed to be in order. It is spring….and I wanted to catch a peak at God’s creation coming back to life again after a winter of dormancy.

It turned out to be my date with the Lord. It was just the two of us. I put on walking shoes, picked up my camera, got into the car, and drove to a favorite park of mine where the dogs are allowed to run loose, families are often seen picnicking, friends play games of Frisbee, pick-up basketball or tennis, and fisherman (both young and old) try to hone their casting skills in the pond.

As I walked, I snapped pics of daffodils, forsythia, tulip poplar, Bradford pear, tulips, crocus, hyacinths, Persian violets, pansies, azaleas, and whatever else caught my eye.  I smiled at families and dog owners alike.  I took previously unknown paths.  I meandered up and down avenues and even ventured into a street or two just to capture the right photograph.  All the while, I was enjoying my Sabbath day of rest.  All the while, I was realizing that I was entering a season of spring as well…one where I was meant to be revitalized and energized by my Creator. We walked and talked, and He ministered to my heart in the quiet of a day filled with His beauty. Would that I, would that you, would take the time and make the choice to keep our Sabbath day of rest! Oh, how much better we would face the challenges that each week holds for us if we were just to spend a few hours of deliberate rest in the presence of our Creator, our Father God. Be still, and know that He is God… 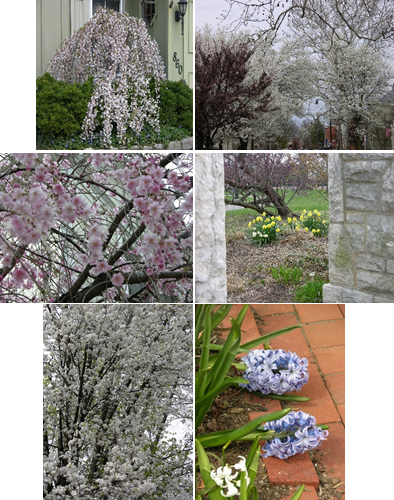 Author: Admin
Filed Under: Uncategorized
His Unfailing Love
Musings from the Road